We all know what money is, don’t we? Or do we? According to J.K. Galbraith, the famous economist: “Money is nothing more or less than … what is commonly offered or received for the purchase of goods, services or other things”.

As far as most people are concerned, money is just the notes and coins that governments print and mint to facilitate economic transactions, particularly tax; a statement of faith in government-issued instruments of exchange, and in the promise that, on demand, or soon after, amounts of that money may be exchanged for goods and services to the value specified, or for equivalent promissory instruments. Money circulates as a consensus, a statement of trust in the value that permeates such instruments of exchange. It even addresses the thorny question of what value is: money has become the commodity whereby value is expressed as price.

All it takes to create a currency is a shared sense of trust. Most cohesive local communities have trust in abundance, so they too can issue their own notes of credit that will pay for goods and services in and around the locality. There are already hundreds of these Local Exchange Trading Schemes (LETS) in the UK alone, of varying levels of success: acorns, bobbins, cockles, cranes, groats, naaris, strouds, trugs. “Some 180 businesses are involved in the Brixton Pound, including retail stores, cafes, restaurants and pubs, health and fitness, hairdressing, designers, architects, plumbers, solicitors, artists, actors, singers, yoga teachers, jewellery makers … the list goes on”.

The idea was first introduced in Canada to kick-start the local economy of a depressed mining community in Courtenay, British Columbia, which boasted a high degree of internal community trust. Nowadays examples can be found all around the world: Austria, Belgium, Brazil, Ecuador, Hungary, Japan, South Africa, Switzerland, Uruguay, and many more countries.

LETS only need trust; trust only needs a sense of community; social pressures in a community ensure that all debts are repaid, reinforcing a virtuous circle of communal trust. A closed community can play this non-profit zero-sum game for the mutual benefit of all. Everyone starts at zero, and keeps track of debits and credits by double entry book-keeping of IOU tokens. Usually measured in hours of work, these tokens assume that an hour’s labour is the same, no matter what the work; baby-sitting, gardening, window cleaning, hair-dressing, consulting. However, as the market for such tokens got more sophisticated, some schemes have introduced agreed differential rates to pay for more highly skilled work like doctoring, accountancy or advice on computing.

LETS cut right across the vicious circle of untrusting formality that is the banking system. Banks work on credit-worthiness calculated on formal employment status, or ownership of capital goods. When you are not credit-worthy, the cost of borrowing goes up, and you become even less credit-worthy. With LETS the uncredit-worthy get credit.

The communal trust needed for money can pop up in the most unlikely places. In devising their loyalty schemes, supermarkets are basically the issuing ‘plastic money’. Companies can go much further. The real issue is not “dollar bills, but Bill’s dollars”: Bill Gates’ dollars. Each corporation can issue a proportion of its equity as digital cash. Instead of the value of money decreasing as governments profit from the hidden tax of inflation, the value of money can actually increase if the company’s shares go up in value – it can of course also go down. 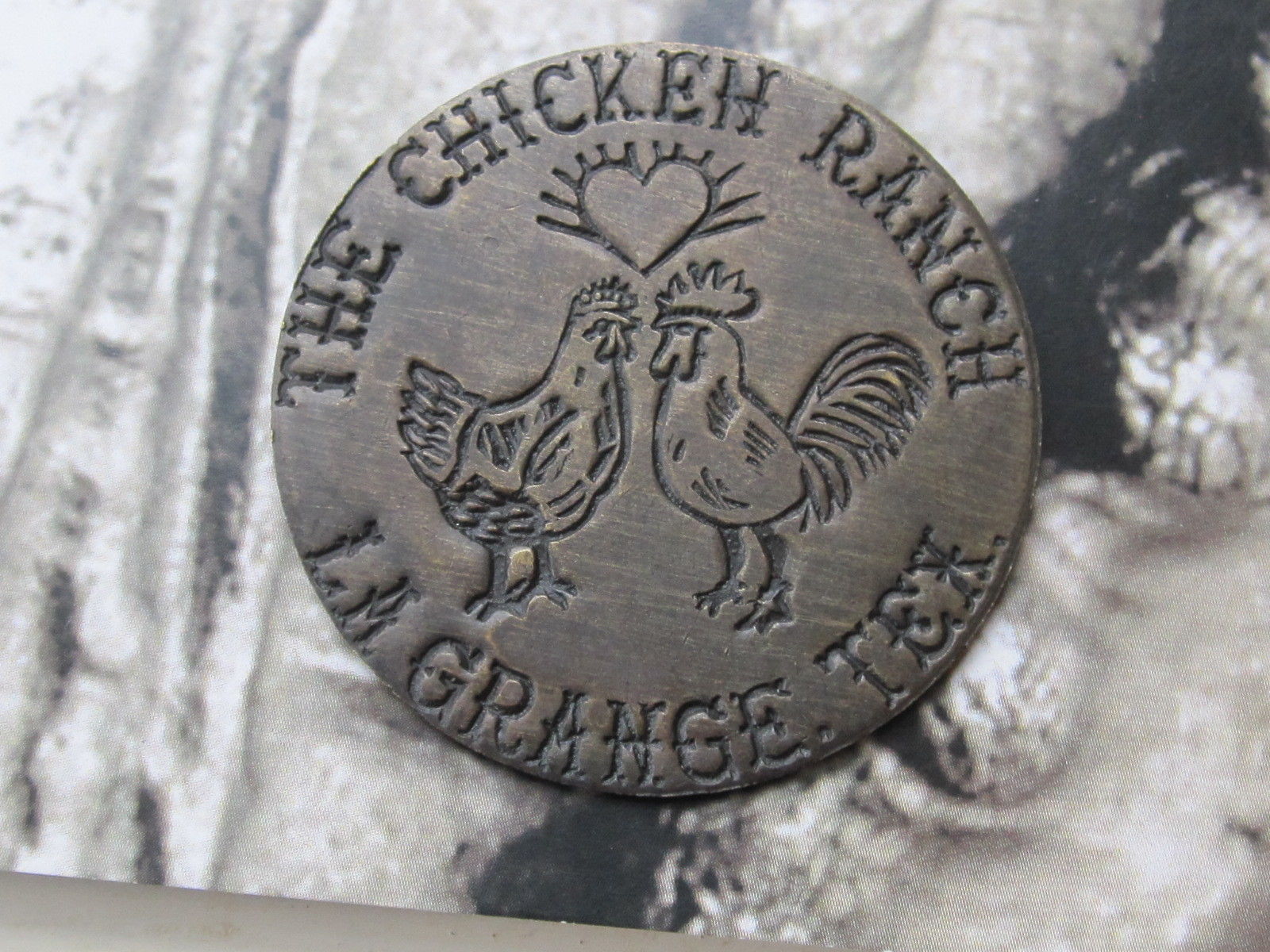 In fact any organization can issue token money, and you’d be surprised by some that do. This one came from the infamous Chicken Ranch, in La Grange, Texas, as seen in The Best little Whorehouse in Texas starring Burt Reynolds and Dolly Parton. And what exactly does this coin buy? 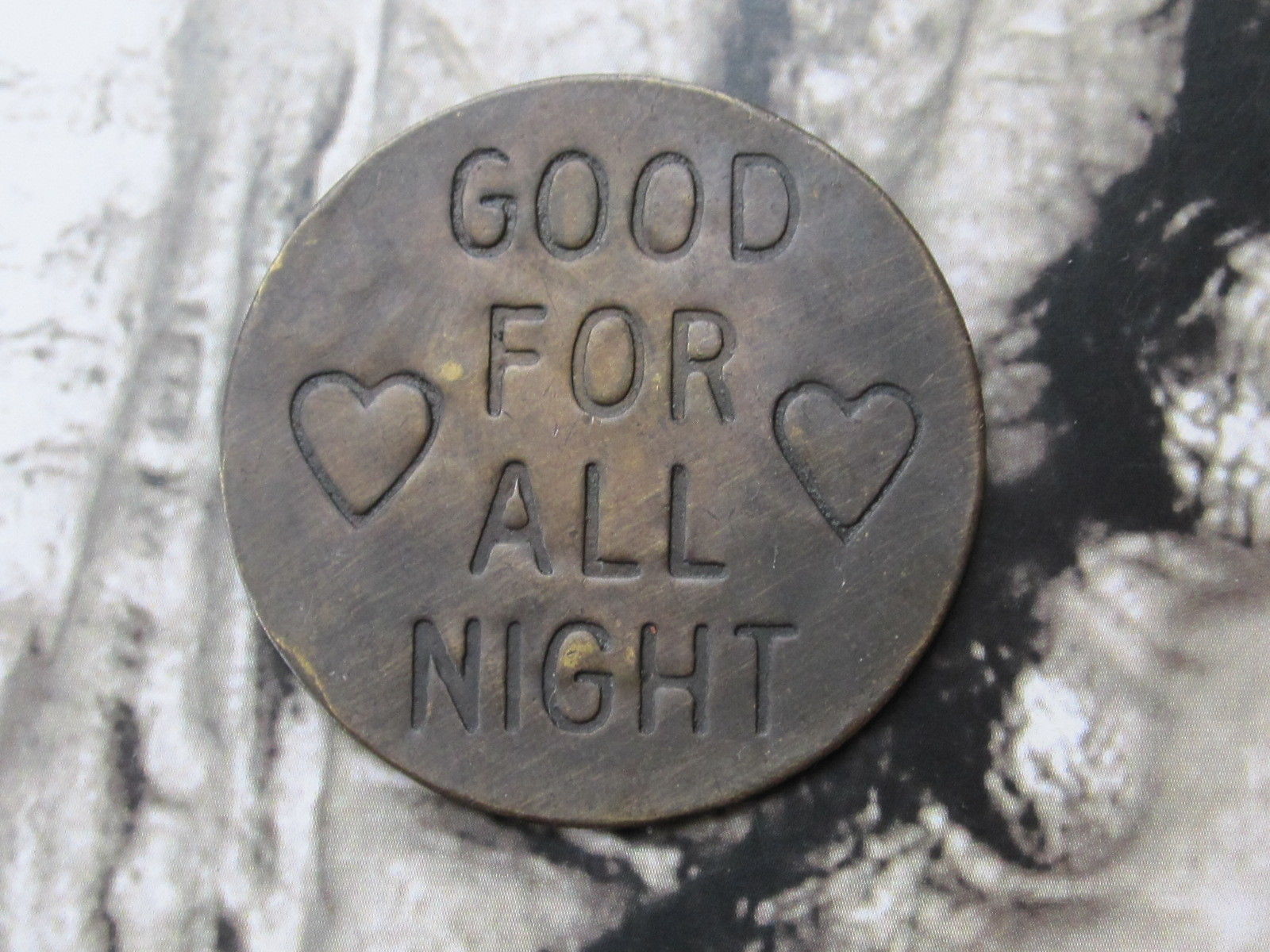 Thanks again to eBay, which brought this token to my attention when I was surfing looking for examples to use in my lecture on The Future of Money. 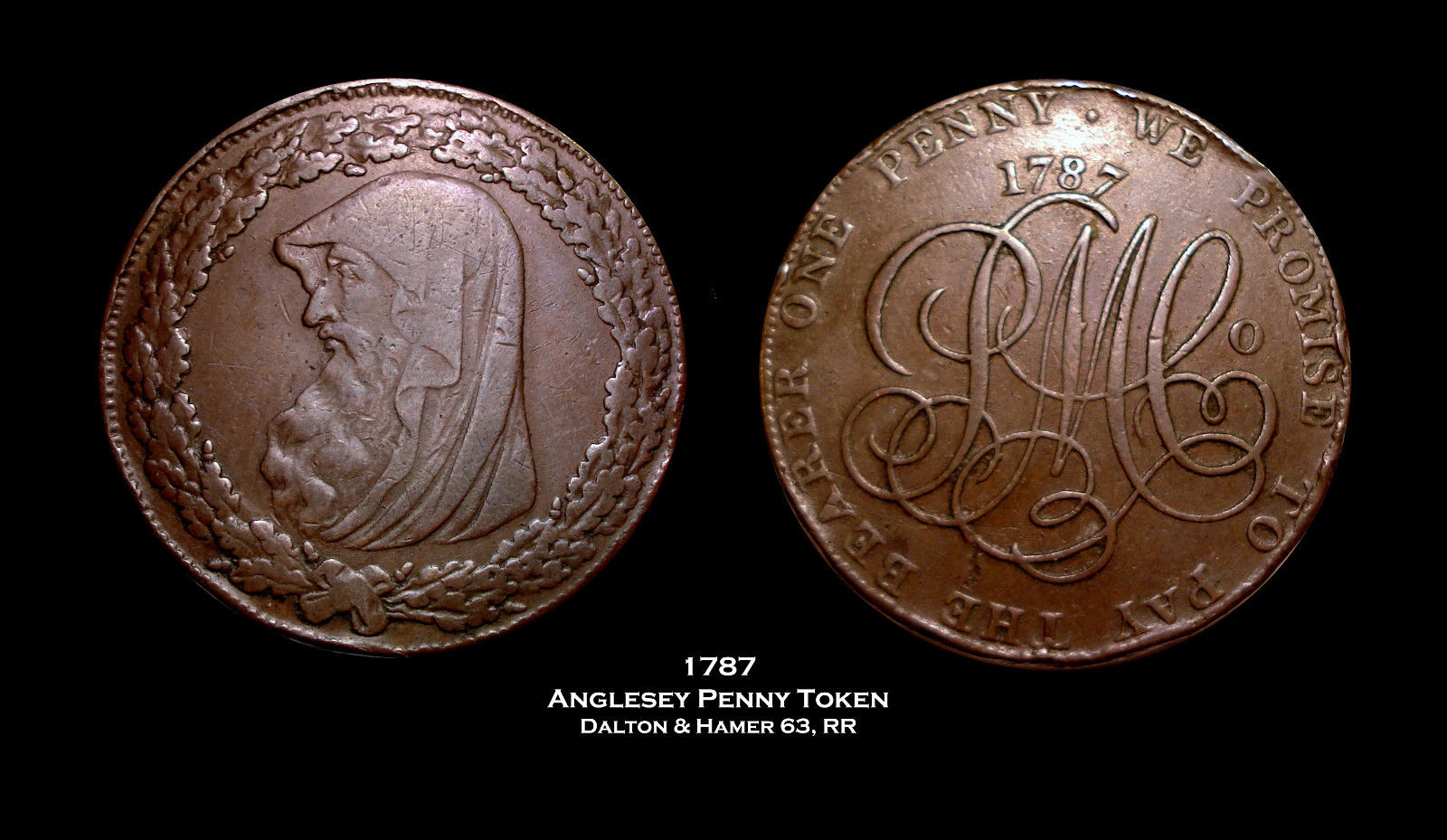 I love eBay even more. As well as getting the Princess Charlotte Medallion, I was also successful in buying this Anglesey Penny, that I’ll be using in my talks on Money.

According to George Selgin, in his excellent book Good Money, without such private tokens, if it had all been left to the government, the Industrial Revolution would never have taken off in Britain. These coins minted by the Parys Mountain copper mining company were typical of private enterprise’s response to a national shortage of copper coins, essential for paying workers’ wages.