Thanks to everyone who joined me at the Guildhall on Friday 16th January, when I was installed as a Freeman of the City of London. Also my thanks to the hundreds of friends who sent me messages of congratulations.

I was proposed for the honour by Professor Michael Mainelli, resplendent in his Alderman’s gown, shown here congratulating me. The ceremony itself was a relatively simple one, but it was transformed into a really special event by the Clerk to the Chamberlain, Murray Craig, also shown in the photo below. He is a brilliant raconteur, telling us hilarious stories of the installation of numerous famous Freemen. It was a fabulous day for me. 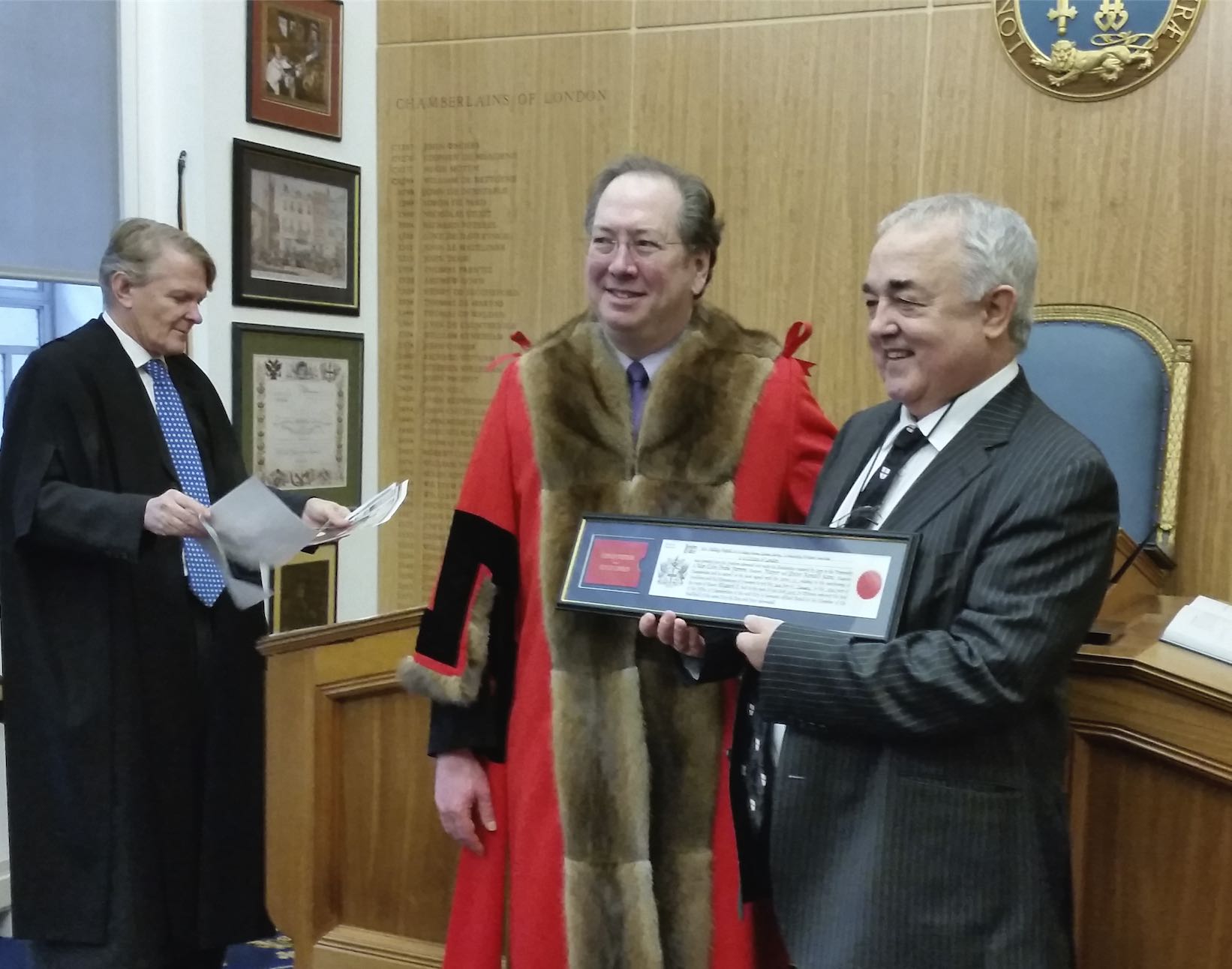