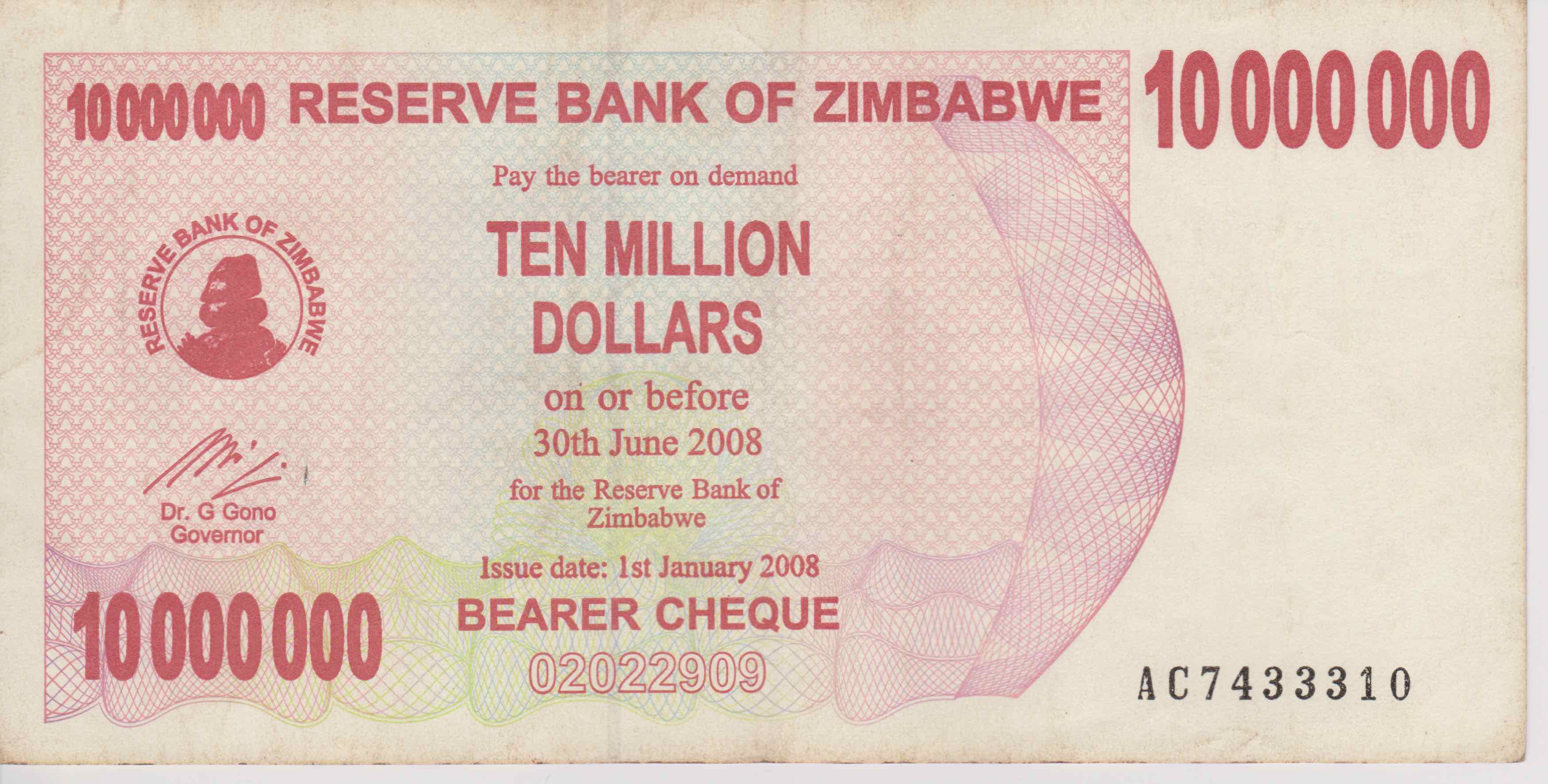 We smugly think this couldn’t possibly happen here. But don’t be too sure. The confidence trick of fiat money,can also go wrong across the developed world. Maybe the digitalization of money via crypto-currencies could make distrusted fiat money obsolete

Distrusted? Fiat money (the money that most of us use in day-to-day transactions): in convertible paper money made legal tender by a government decree, which allows it to ‘function as money’. ‘Fiat’ is Latin for ‘let there be’. Fiat currency is a system of government tokens that are used to cancel tax debt. All the other uses of this money, like shopping, are secondary.

Fiat money: a UK £50 bank note states that the Bank of England promises to pay the bearer on demand the sum of £50. Go to the bank and demand £50. You are just given other note(s) making the same promise; just pieces of paper.

How did we end up with fiat money? Why do we accept its circular promises? Because it’s the only game in town, and fiat money works … usually! And why does it work? Because everybody else in our community accepts that money has value! In fact the modern world couldn’t manage without it. Hence my definition of money. Money is: any self-referential system of exchange tokens that its users believe to be, and use as Money.

The history of money has been one of government interference. State (and more recently Central Bank) inspired inflation is as old as money itself; from ancient Babylon, to 14th century China, to the ‘Great Debasement’ of Henry VIII, to the Weimar Republic, right up to present day Zimbabwe putting use-by dates on their notes.

But what if there is an alternative? A privately owned international peer-to-peer system of money? What if the rich decide they are tired of seeing their wealth stripped away by state manipulation of cash.

This after all is the reason why Bitcoin has been so successful. Will it be the sought after stateless currency? Who knows? But blockchain technology has opened up the Pandora’s box. The realisation that is possible to hold money that is not manipulated by the state has come as a shock. Bitcoin may eventually fail, but eventually we will see a series of next-generation crypto-currencies that will find user communities. A mass exodus from fiat currencies will follow the Flight of the Golden Geese, and this could mean that sterling, euro and US dollar notes will follow Zimbabwe to sport use-by dates. You have been warned!